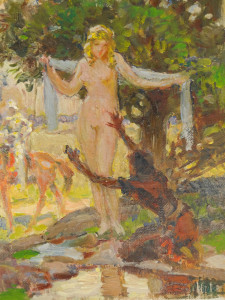 Nikolai Becker (also known as Nicolas Becker), born 1877 in Russia, was the son of Nicolas T. Becker, an established architect and artist. A strict disciplinarian, the elder Becker insisted on his son’s formal education before allowing him to devote himself to art, for which the boy showed great promise from an early age. After graduating from the Imperial Institute of Ways and Communications, one of Russia’s finest educational institutes, the young Becker plunged headlong into art.

His artistic skills developed quickly, and he soon became popular among the Russian Royalty for his exceptional portraits. It was a common practice for Becker to sketch preliminary pencil drawings and paint miniature oils, some in amazing detail, of what he envisioned as the finished painting. His gift of successfully presenting a striking resemblance of his models caught at their best moments, made him one of the most sought after painters in Russia. After his brilliant career, Becker left Russia in the post-revolutionary exodus via Constantinople and settled in southern France. There he survived the terrors of the German occupation, continuing to work against all odds. 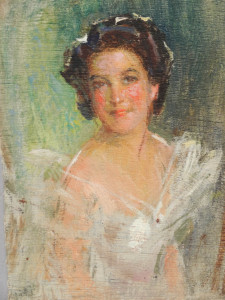 The next few years were spent on the French Riviera, in Paris and Italy, where he developed his own elegant style and soon became the acclaimed “Society Portrait Artist,” of the rich and famous. His portraits spread throughout Europe including England where many a mansion or castle was graced by his work. During a short span of three years, Becker executed more than 160 portraits of the most distinguished personalities of the diplomatic world. Although he excelled in portraiture, he loved most to paint landscapes, flowers and animals.

In the late 1950s, Becker moved to New York City, and despite his advancing age, he carried on his prolific work. During this time his love of nature emanated from his canvases, often combining creatures with portraits, such as a huge portrait of his young daughter who had befriended a little squirrel, which she holds gently in her hands. Becker enjoyed his relaxing moments writing poetry, listening to music and playing chess.

Appreciating all the opportunities offered by America, in his heart Becker longed for his beloved Nice, Monte-Carlo and French Riviera. After the death of his third wife, he decided to return to France to relax under the Mediterranean sun where he painted numerous landscapes and enjoyed his remaining years until his passing in 1962. 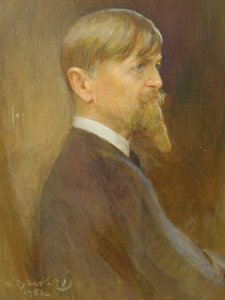 Although his portraits were known as some of the finest in the world, most were commissioned works and never reached the public market which left him little known outside his focused well-to-do adoring audience.

Two years before his death in 1960, Becker realized his life would soon end, so he willed all of his remaining collection including oil portraits, sketches, drawings, photographs of former commissioned paintings, which totaled well in excess of 250 works to his niece, Catherine Post, also of New York City. She in turn, donated a few pieces of his collection to the Columbia University Rare Book & Manuscript Library, where they are today. The larger share of the Becker collection was then willed by Post to a dear friend, John Kelly, an attorney in Fonda, NY. Kelly resided and practiced law from his family home where numerous of Becker’s paintings were on display until Kelly’s death in 2014.
A certain number of paintings have come to us out of the upstate New York estate of a relative of Nikolai Becker, and are currently available in our store. Click here to see the entire group (link will open in new window). 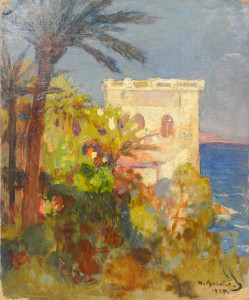 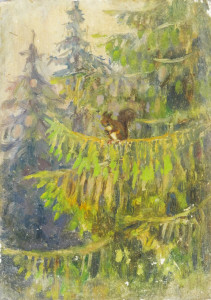 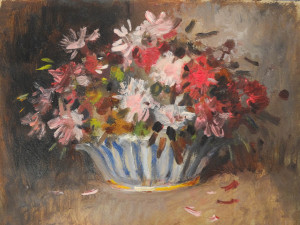 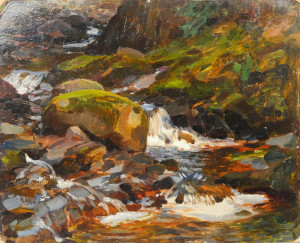 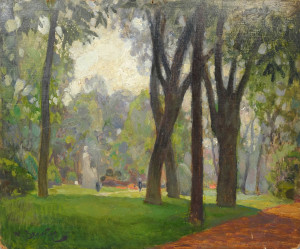 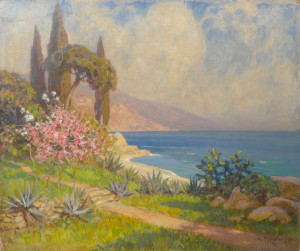 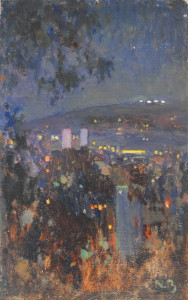 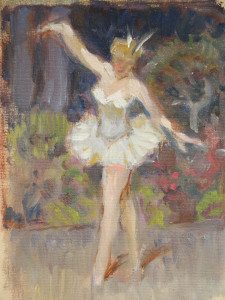 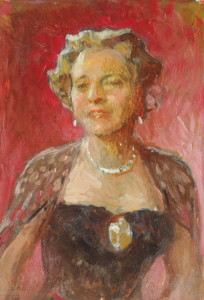 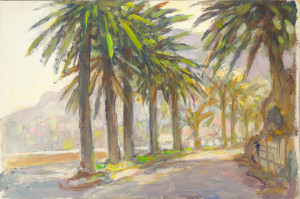